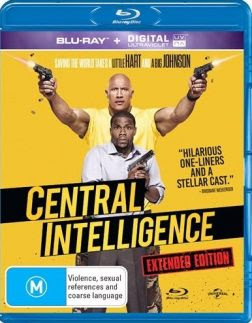 Story….. Calvin Joyner was voted in high school the guy most likely to succeed. 20 years later he’s an accountant. As his high school reunion approaches, he tries to make contact with his old schoolmates. And someone named Bob Stone contacts him. He says that he was known as Robbie Weirdicht in school. Calvin remembers that he was picked on, as a matter of fact after an extremely nasty prank he left school. They agree to meet and Calvin is surprised by how much he has changed. Bob asks Calvin to help him out. He says yes and the next thing he knows some men burst into his home. They’re CIA, the one in charge is looking for Stone, she says he’s a rogue agent. When they can’t find Bob they leave. Later he approaches Calvin telling him, he is not a rogue agent, he’s trying to find a person known as the Balck Badger who is planning to sell some information that in the wrong hands can be disastrous. so he needs Calvin’s help to stop him. Calvin’s not sure whom he should believe.
Download File
Server 1
—————————————————————————–
Oleh:pahe.my.id
Diposting pada:7 Februari 2017
Dilihat:32
Genre: Hollywood Dual Audio