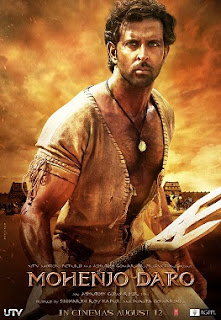 Mohenjo Daro (2016) – In 2016 BC Sarman is a farmer in Amri and wants to trade in Mohenjo Daro to.Durjan,Sarman ‘s uncle protests against it but cant stop Sarman going Mohenjo Daro, Durjan tells him to be careful as the city is harsh and selfish. Sarman reaches Mohenjo Daro and feels that somehow the place is connected to him,The city is ruled by evil Maham and his son Moonja,Sarman saves Chaani from being stamped by horses and they both start liking each other,but Chaani is about to marry Moonja on their wedding day a major fight happens between Sarman and Moonja,Maham challenges Sarman to take up a fight against Bakar-Zokhar,Sarman proposes Maham that if he wins Chaani should be his will Sarman win Chaani and what is Sarman ‘s connection with Mohenjo Daro